There are always surprises on the road.

I arrived in Lumbini, Nepal in February of 2018. While my goal was to search for and photograph Sarus cranes with the assistance from local crane conservationists, l could hardly anticipate what may lie ahead in my journey. 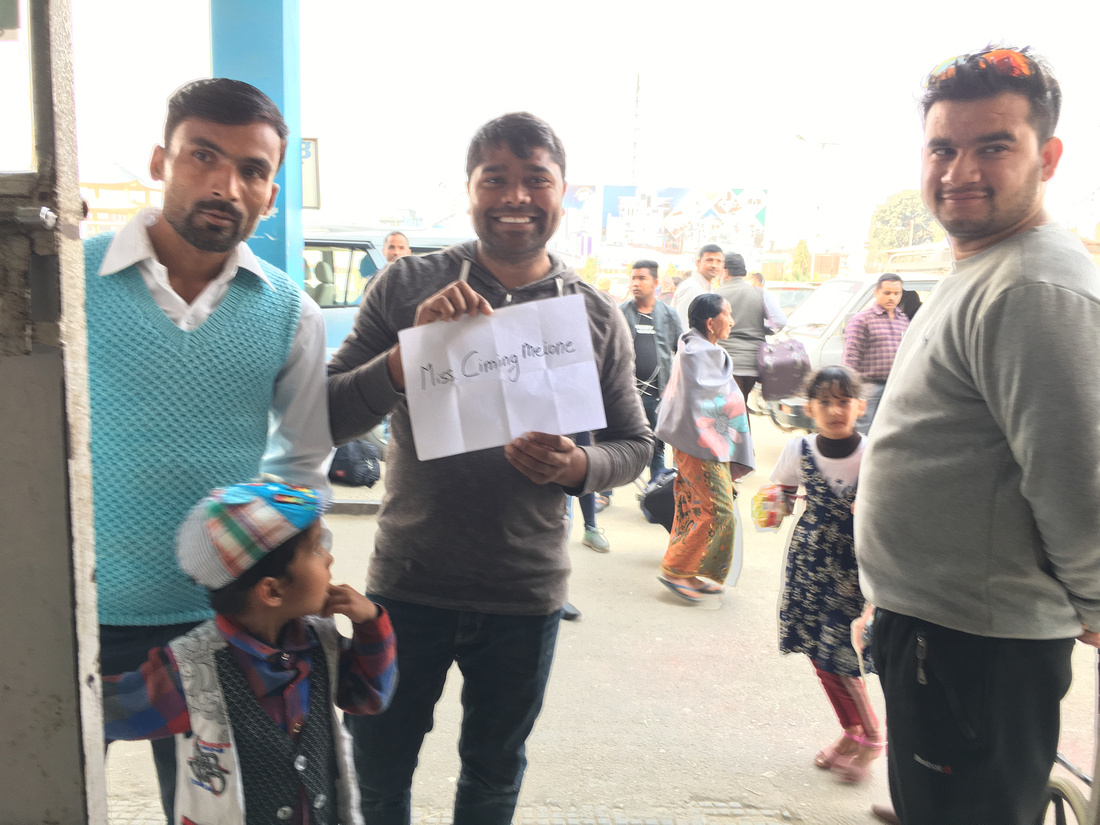 The first person I met in Lumbini was Dharmendra Pal, who came to the airport to pick me up. He has been a local volunteer for crane conservation for a few years. In previous email exchanges prior to my arrival in Lumbini, I was impressed by his email address which contains "PeaceLumbini". Since it's hard for me to pronounce and to remember his first name Dharmendra, I decided to call him Peace instead. Known as the birth place of Siddhartha Gautama, Lumbini is a Buddhist pilgrimage site that visitors around the world come to worship. The heart of Lumbini is Garden of Lumbini, where the archaeological remains associated with the birth of Buddha from the 3rd century form a central focal feature. The planning of the property site Master Plan was initiated by the Nepal government along with the United Nations and was carried out by Kenos Tange 1972-1978. There are more than 25 Buddhist monasteries built by different countries. From the simple Japan Temple to the glorious China Temple, from typical Asian styles to European touches, each one is worth a visit. The hotel Peace arranged me to stay is within walking distance to the pilgrimage site, so everyday morning during the week I was in Lumbini I'd spend the mid day at the site as a typical tourist.

The reason I start this blog with introduction to the pilgrimage site is because here in Lumbini the spirit of Buddha is everywhere in the air. There is a good reason why I don't go to morning photo trips with Peace like normal photographers would do. On our way from the airport, he explained to me that he would only be available for weekend mornings, because during the week he'd need to attend the Buddhist Institute early in the morning. After classes he'd come to meet me at the pilgrim site or at the hotel for our afternoon photo sessions. When I asked him what he would normally do in the afternoon, he told me that he would ride his bike in the countryside check out the cranes and to make sure that they are ok. He has been a volunteer crane patrol for over three years. 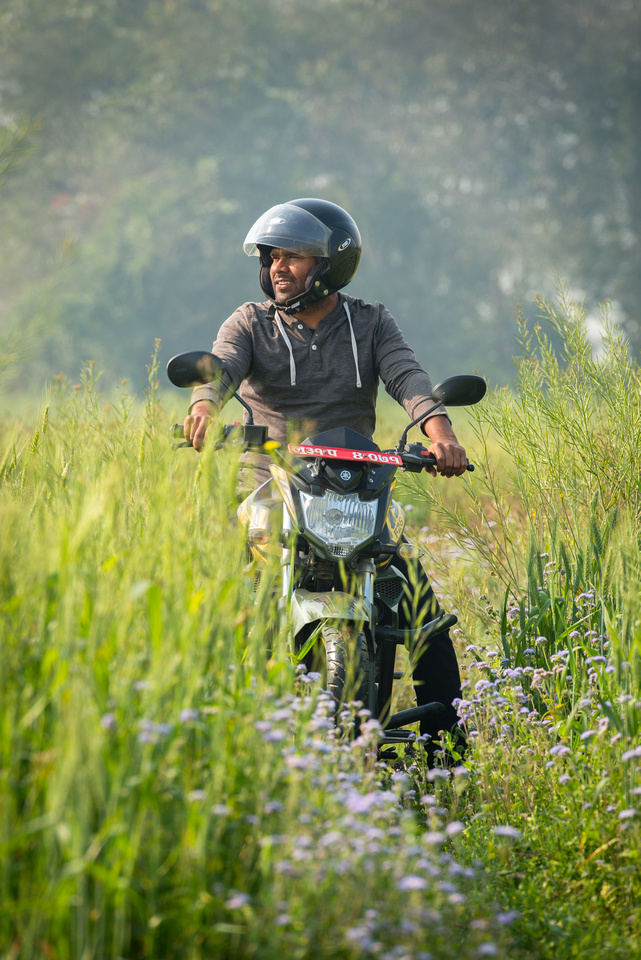 Mr. Pal (Peace) as a volunteer patrol for crane conservation

As the story evolved, I got to know not only Peace but also his family members.

One day, I mentioned to Peace that I was also working on my craftsmanship photo book in addition to photographing cranes. To my delight, he told me that his mom was a very skilled basket weaver. He then took me to see his mom. 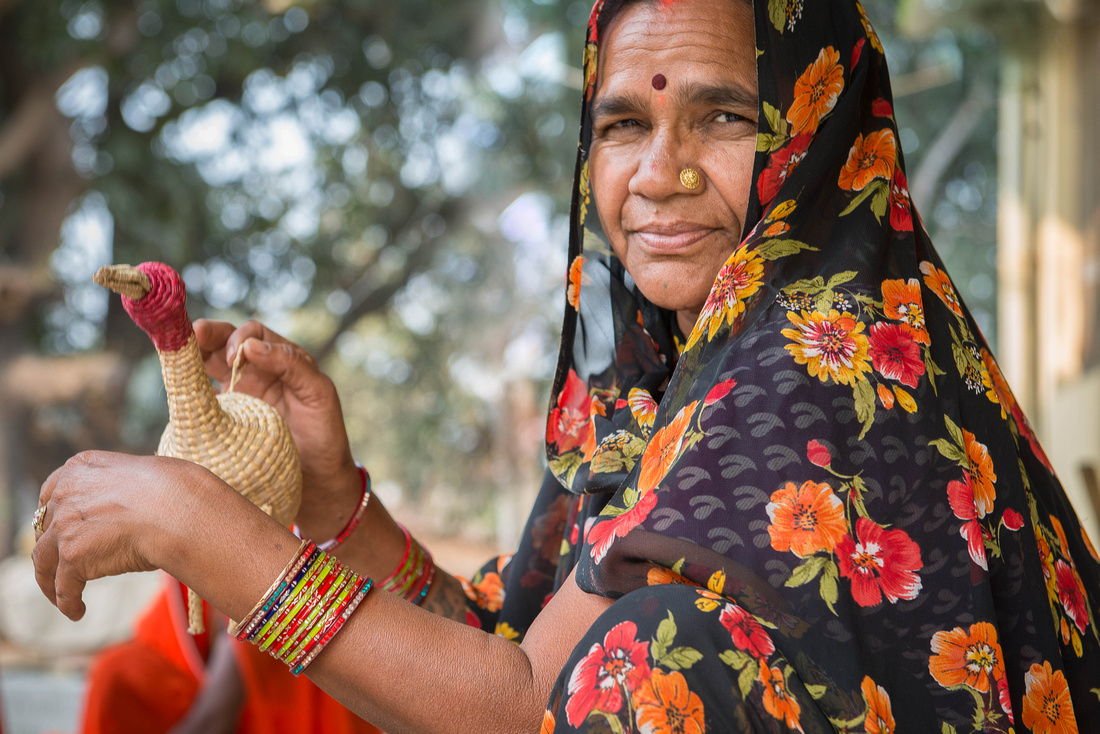 She learned how to weave as a child from her mother 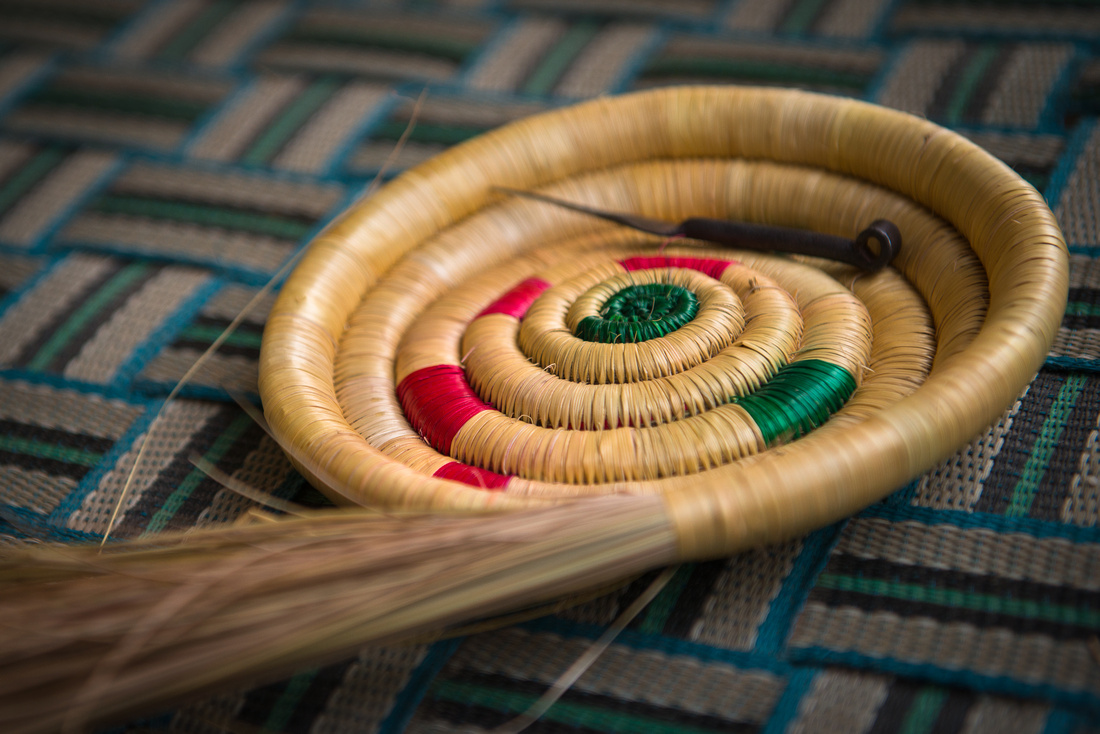 During my visit to Peace's mom, I met a woman there who seemed to live in the same house. At first I thought she was their neighbor, but after I heard Peace calling her aunt, I then assumed they were relatives. On our way back, I asked Peace about her name. "Fumati", he said. "Oh your aunt?" I just wanted to make sure. "Not really. Just some one my mom used to know. She and her little daughter did not have a place to stay, and so my mom invited them to stay with her free of charge over two years ago." As Peace continued to tell me about Fumati, I learned that his mom did more than providing Fumati and her daughter room and board. She also talk them how to weave baskets so that they could acquire some skills that would help with their living. Lumbini is full of tourists, and so hand woven baskets are popular souvenirs to take home.

I was deeply touched. What a loving story! 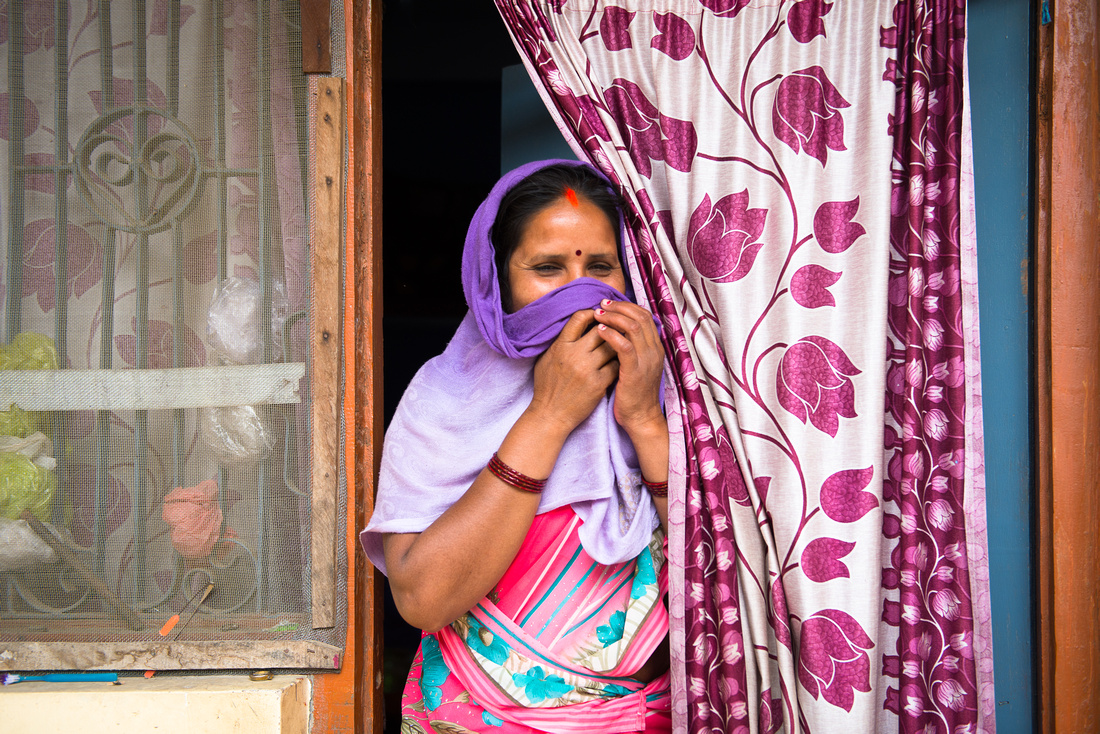 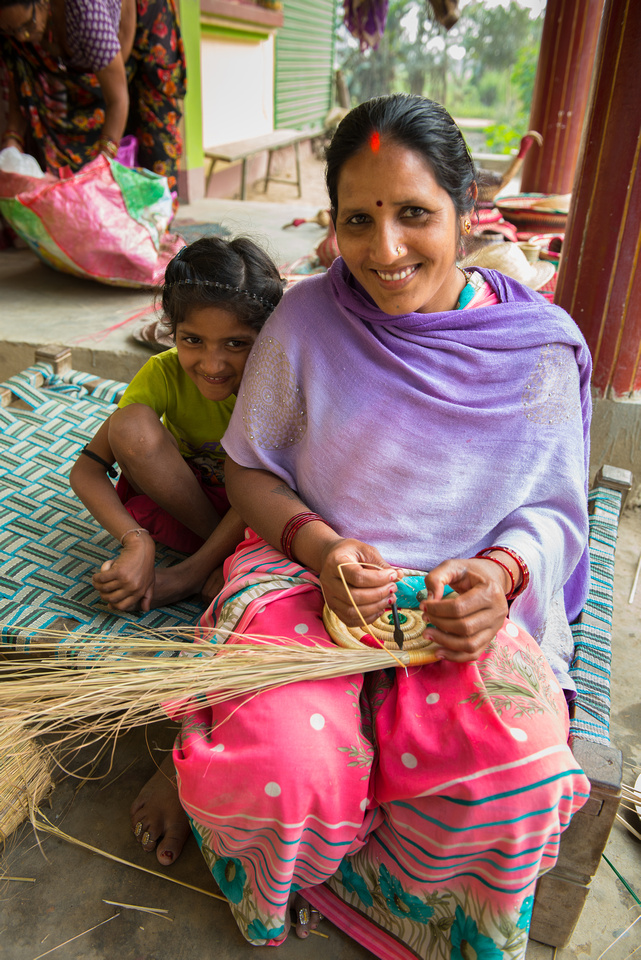 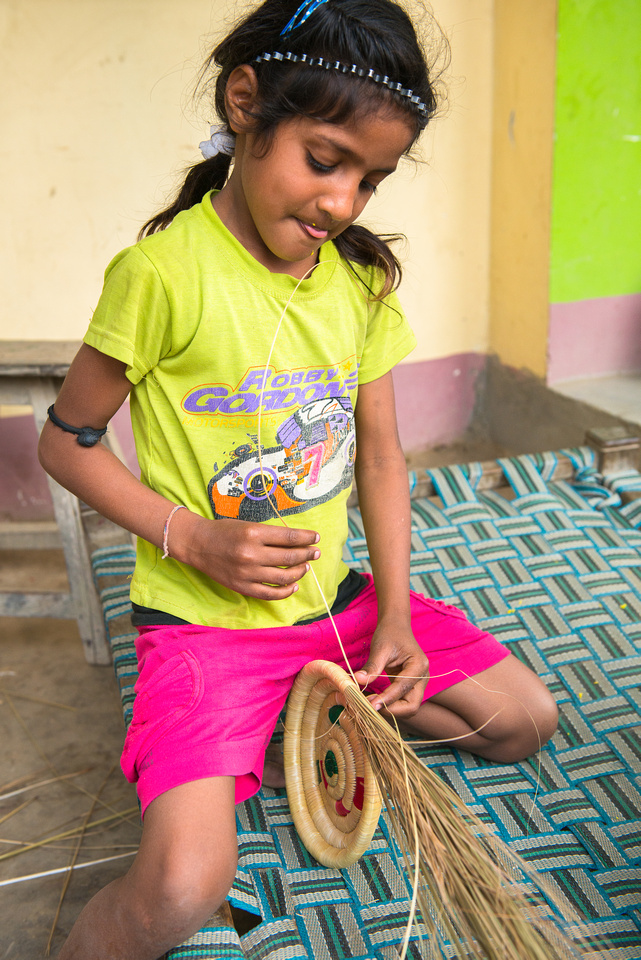 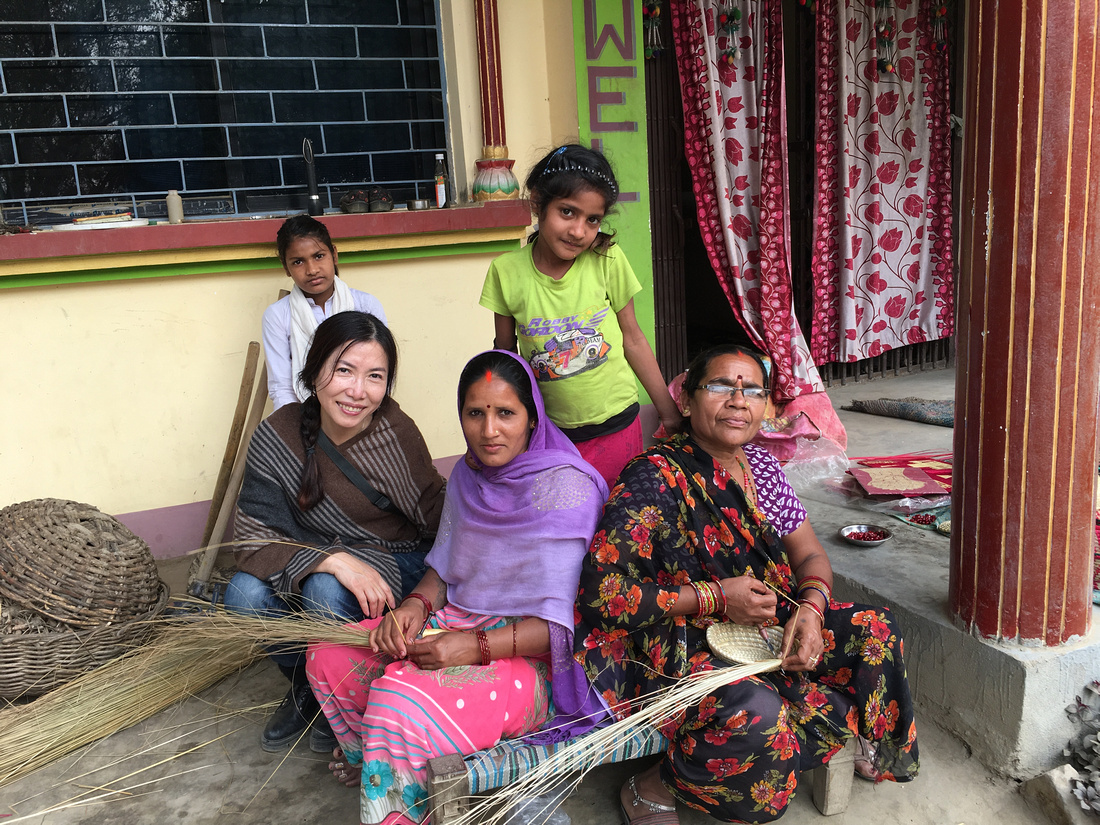 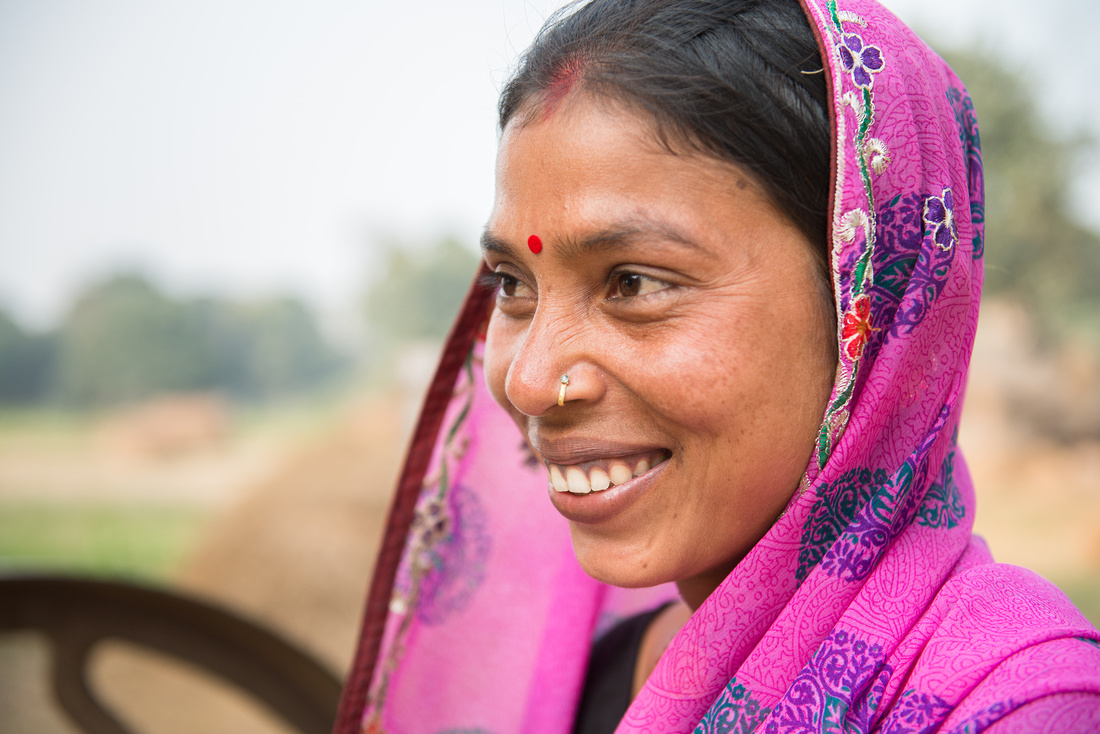 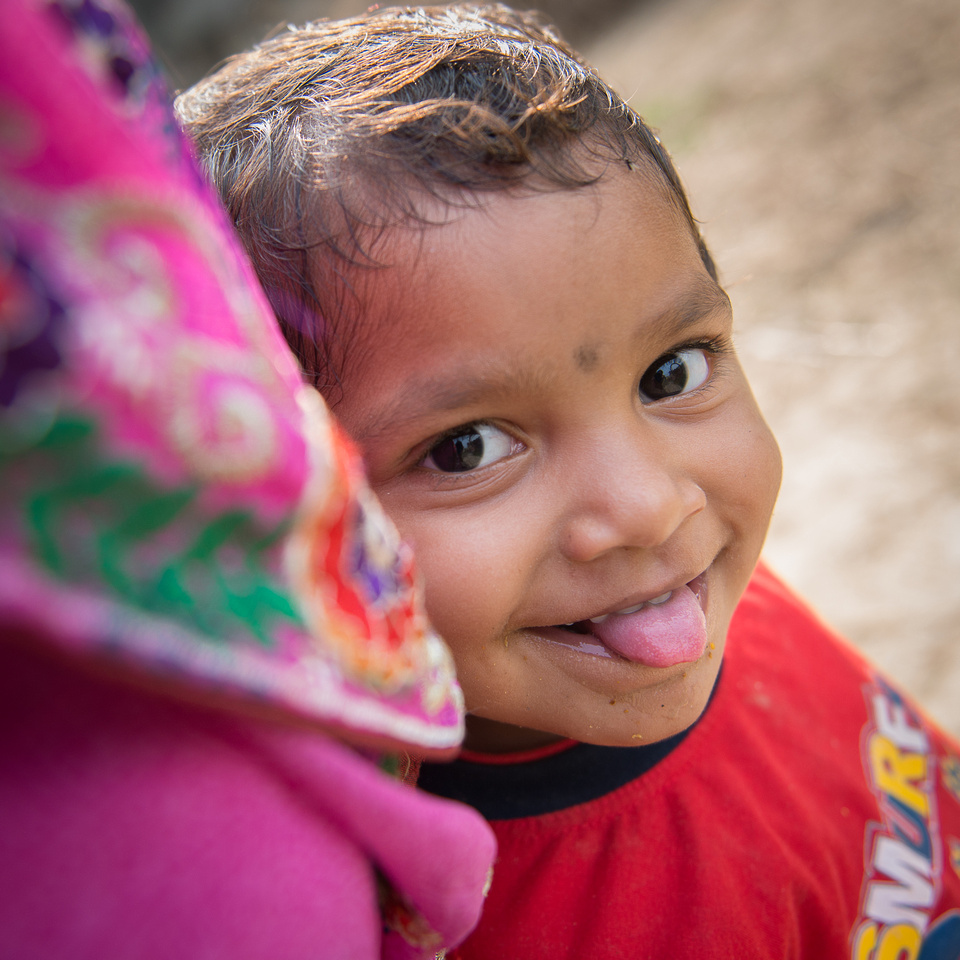 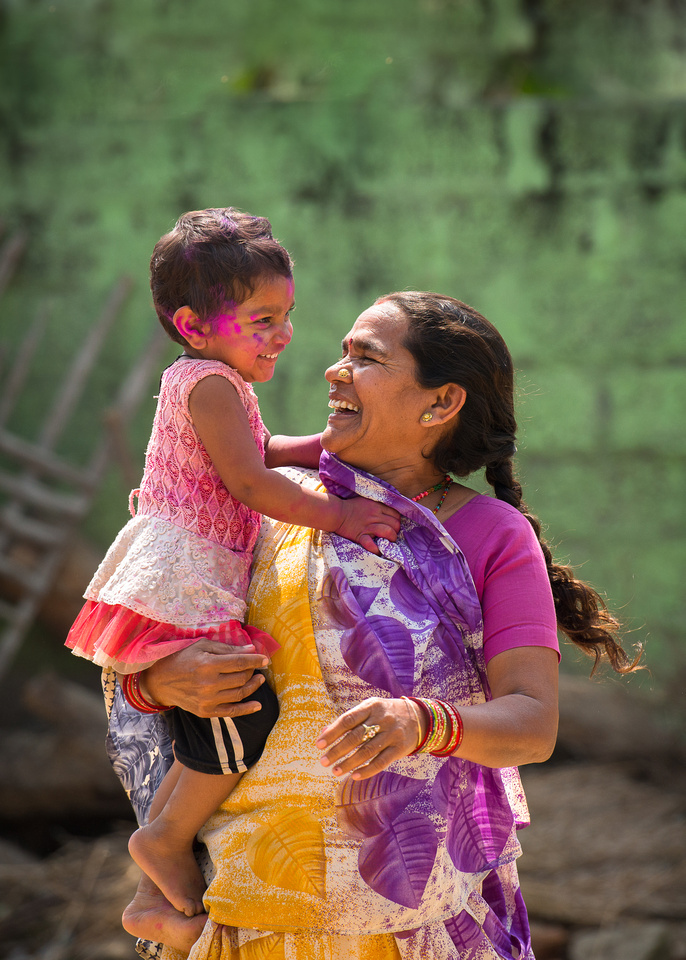 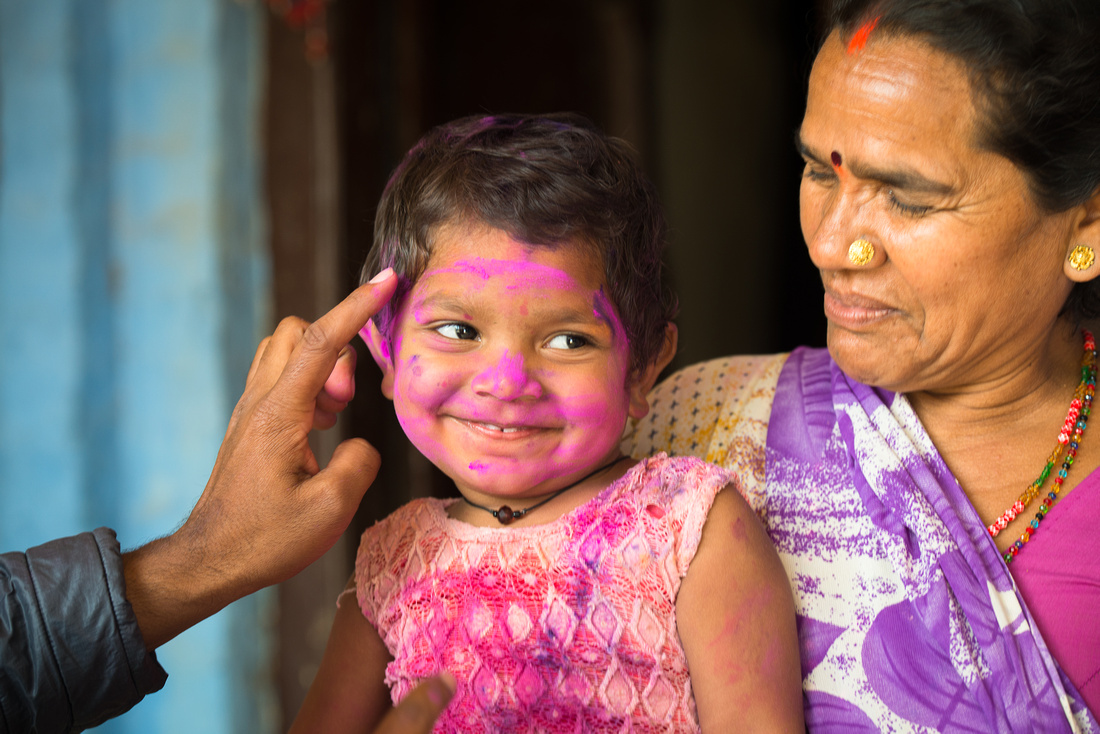 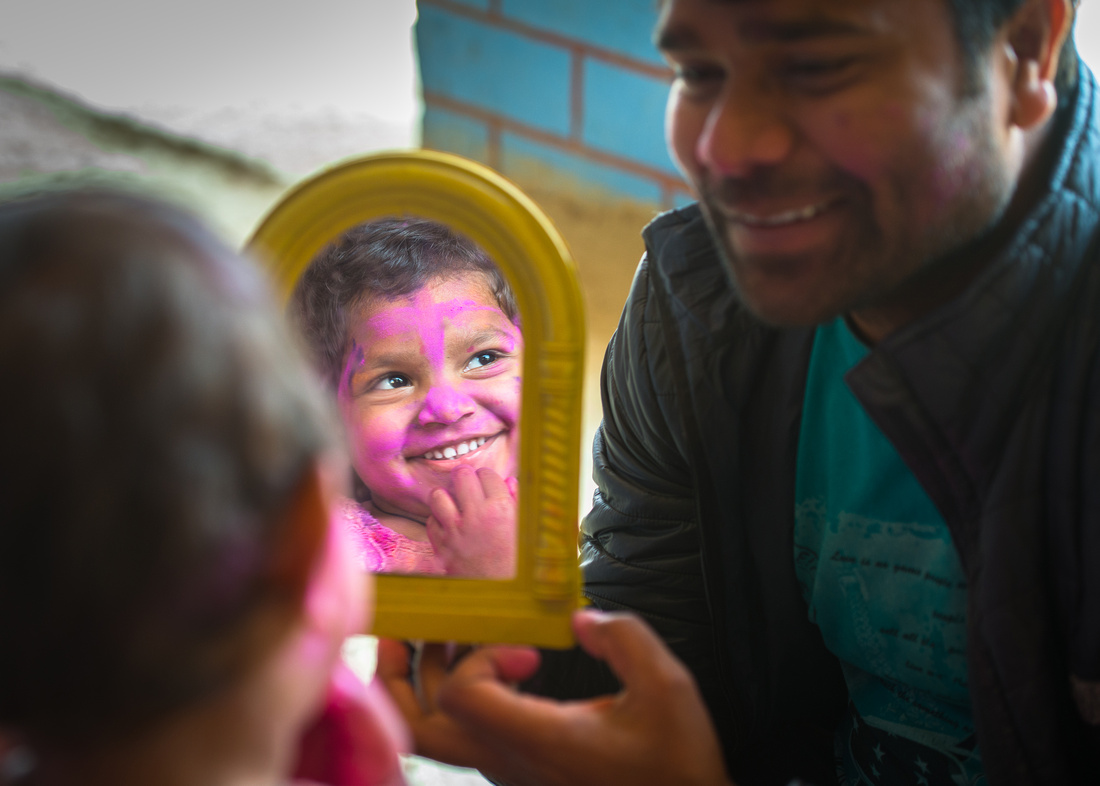 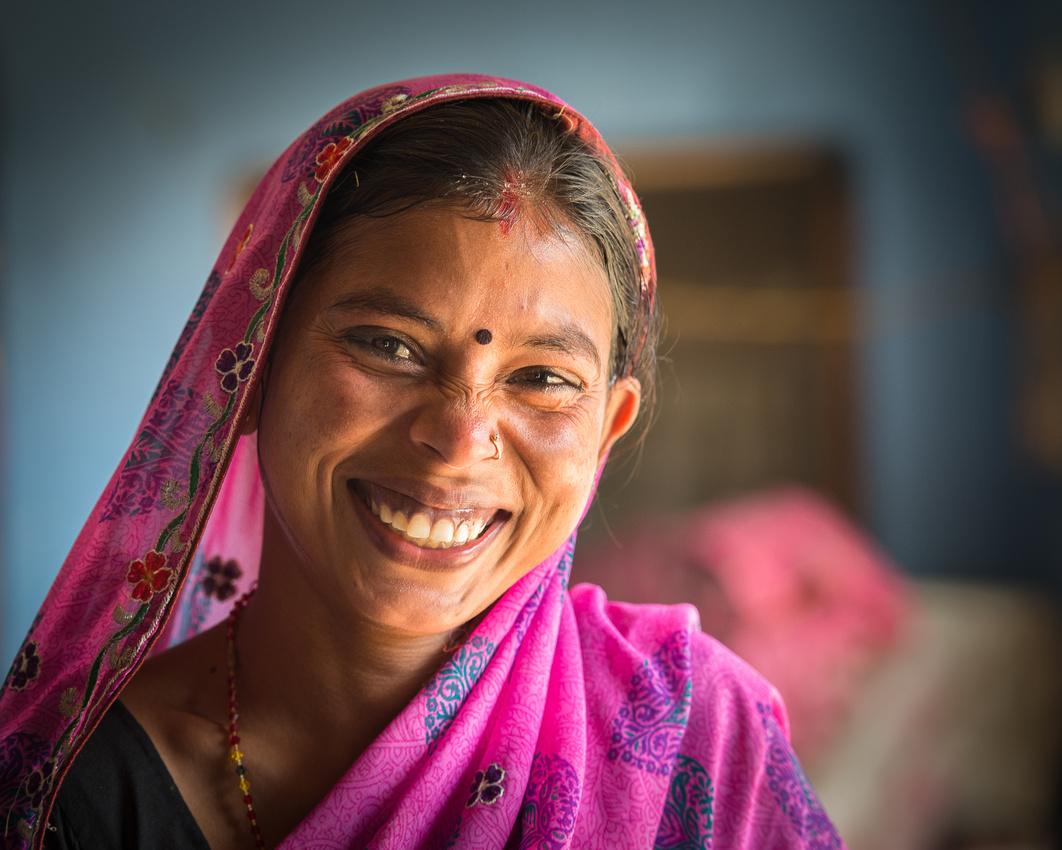 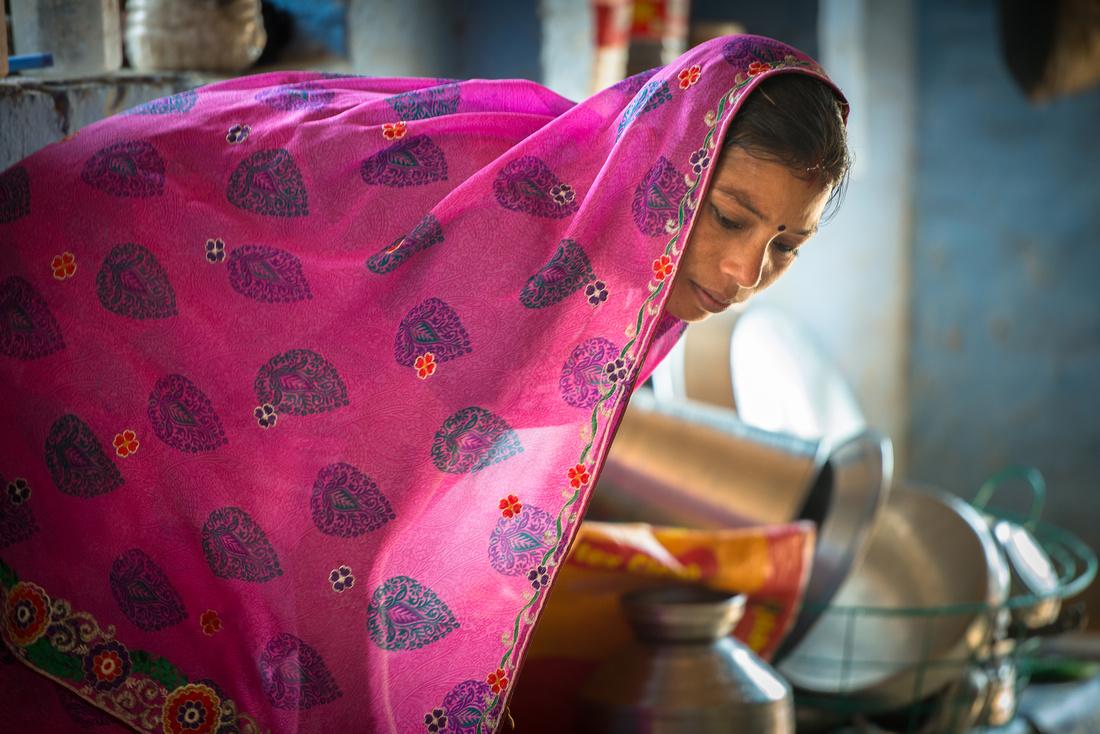 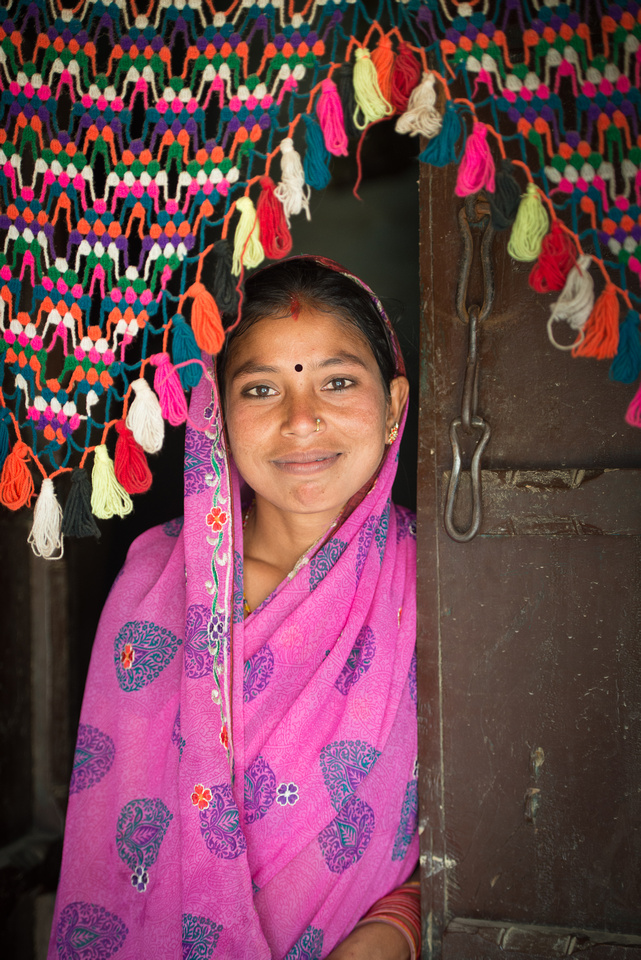 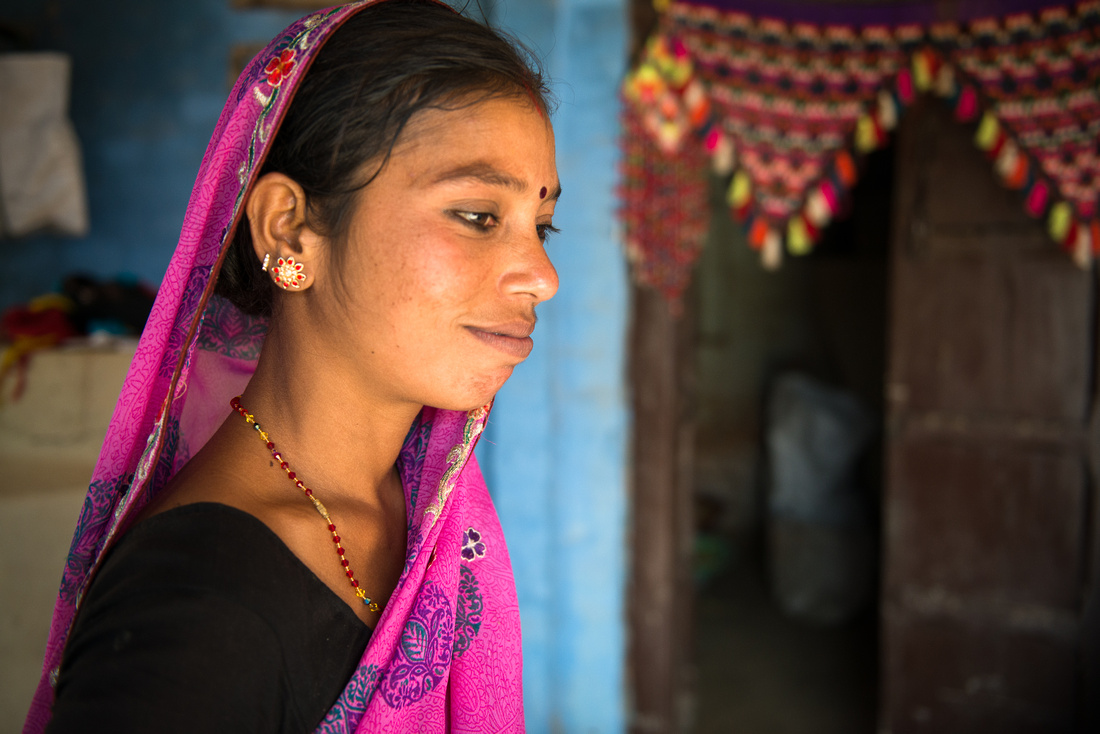 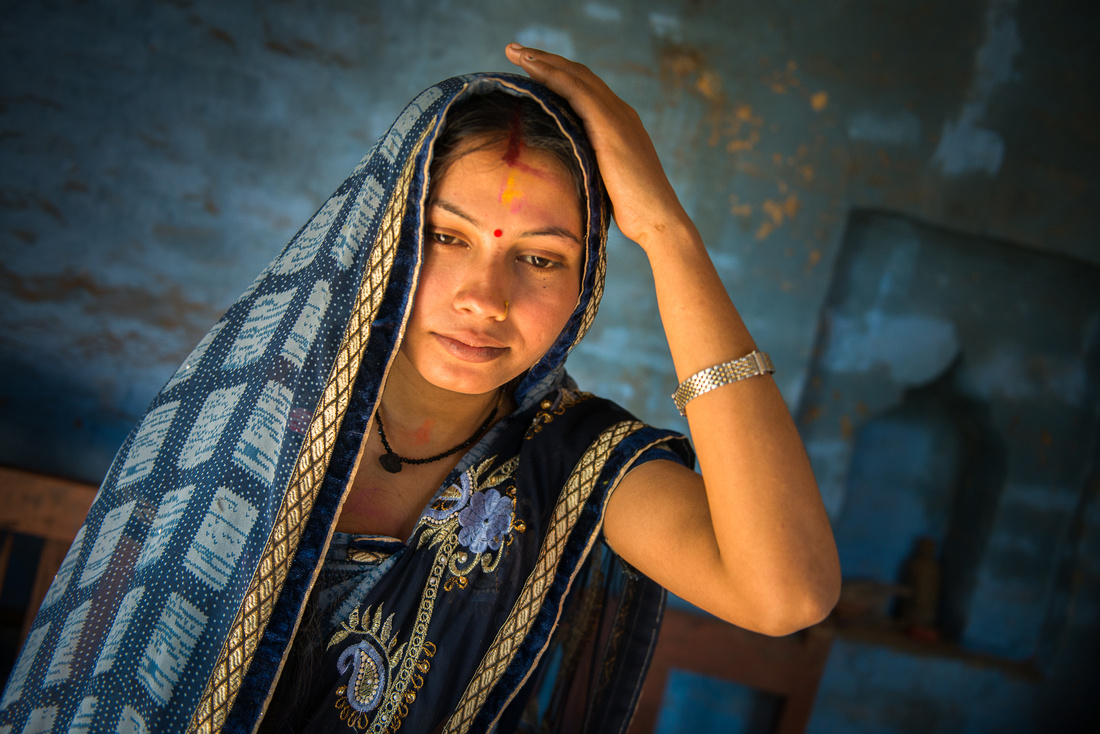 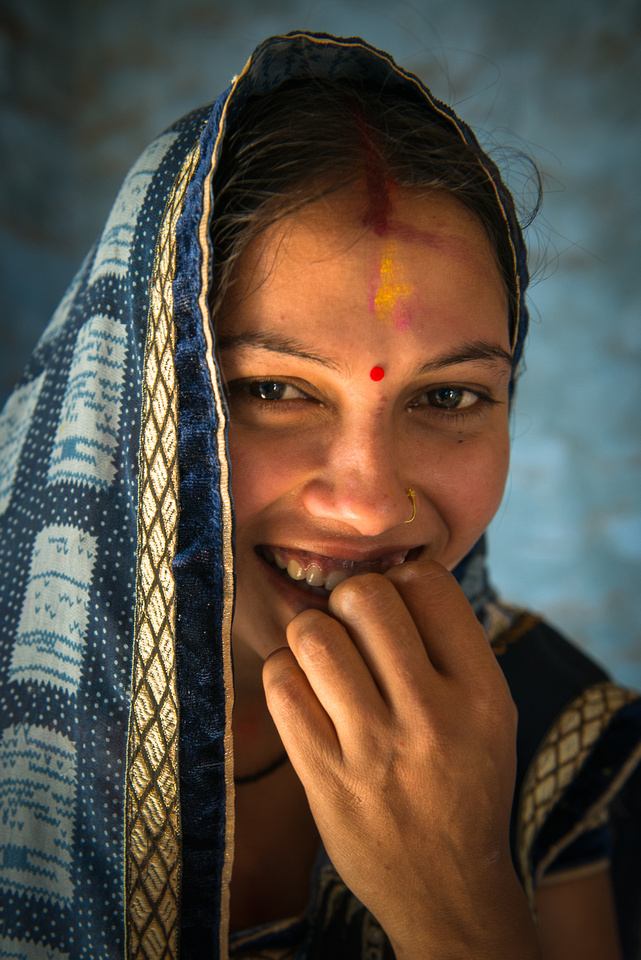 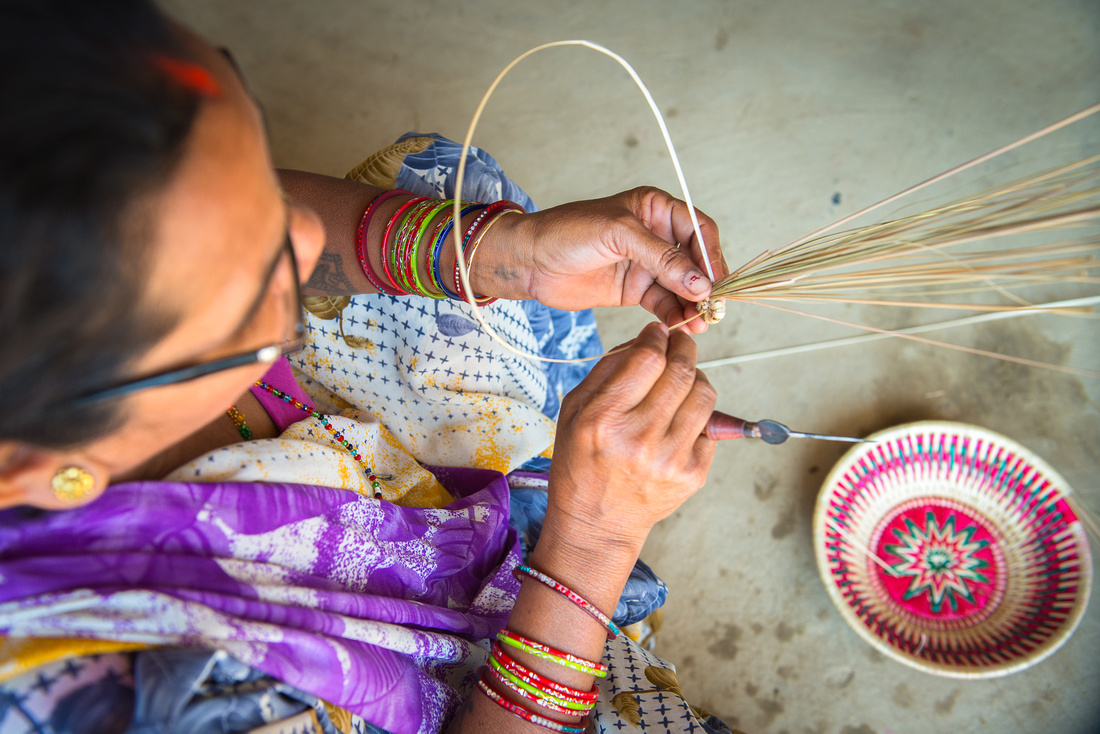 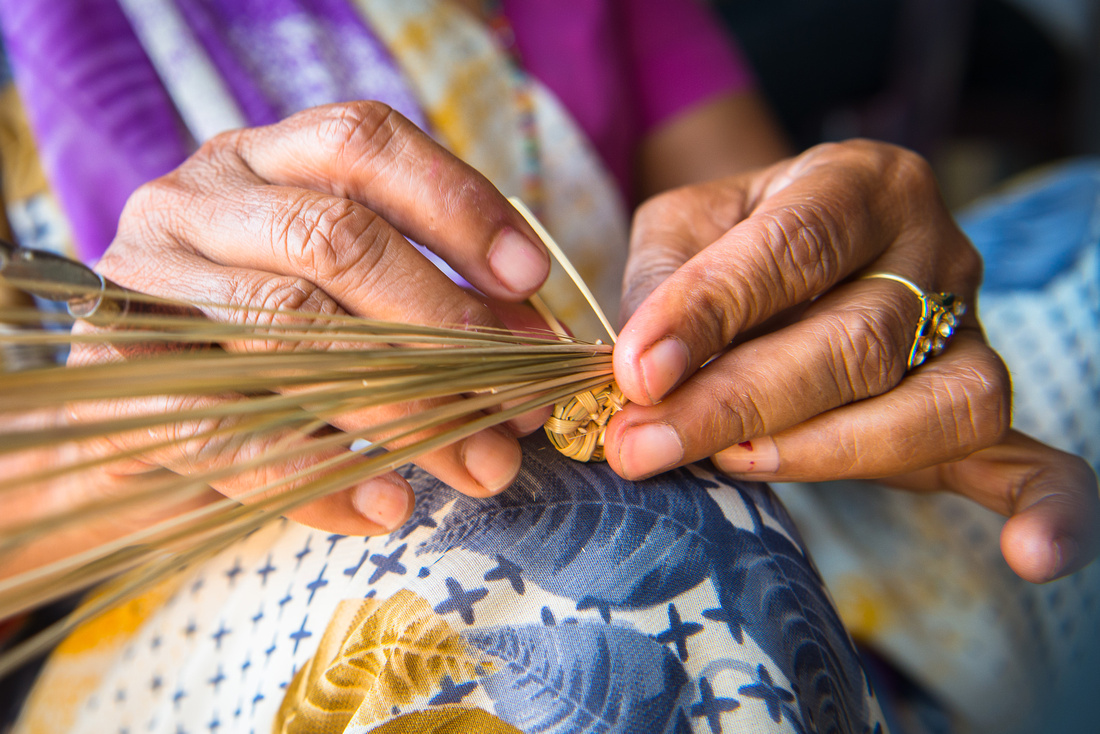 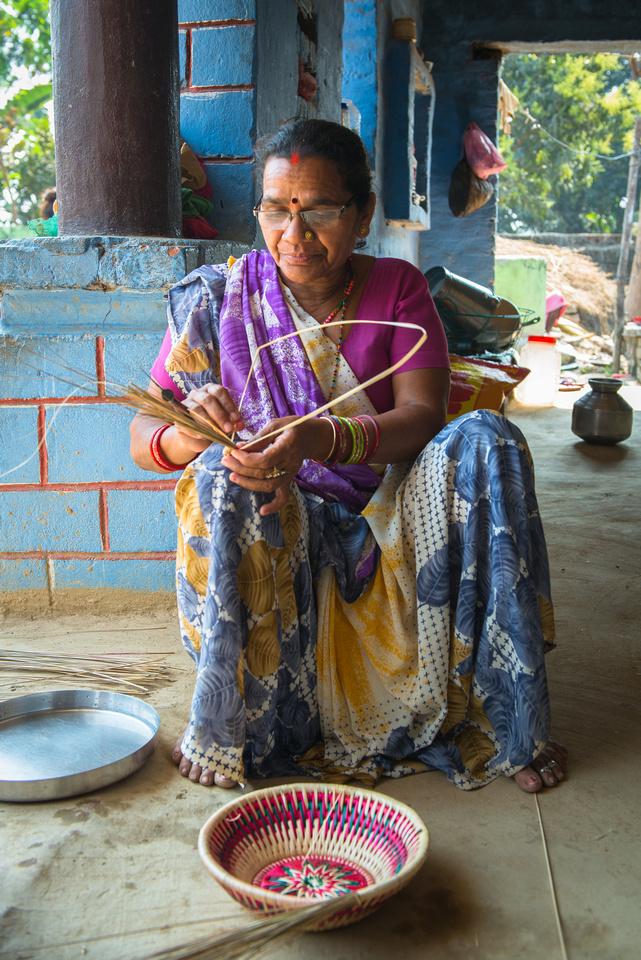 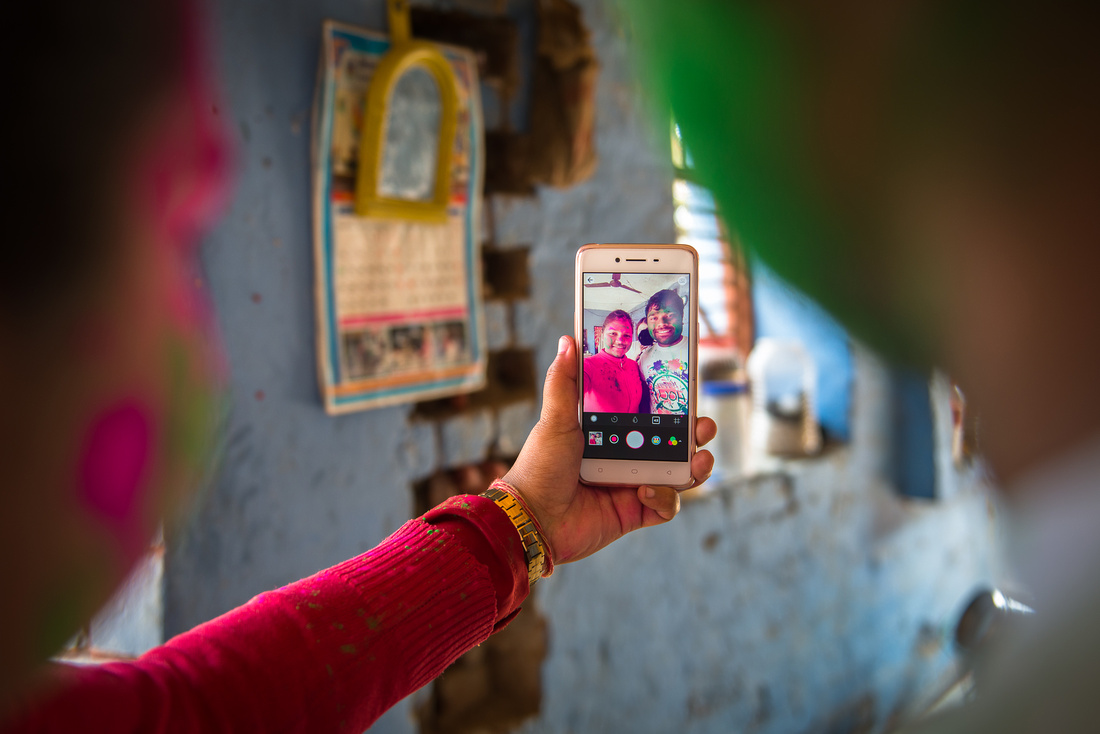 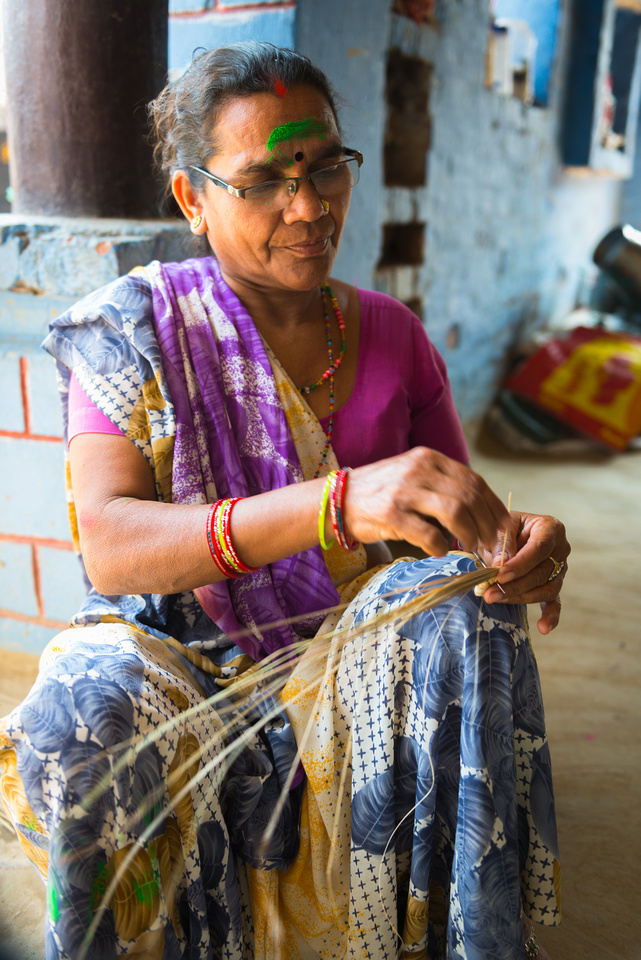 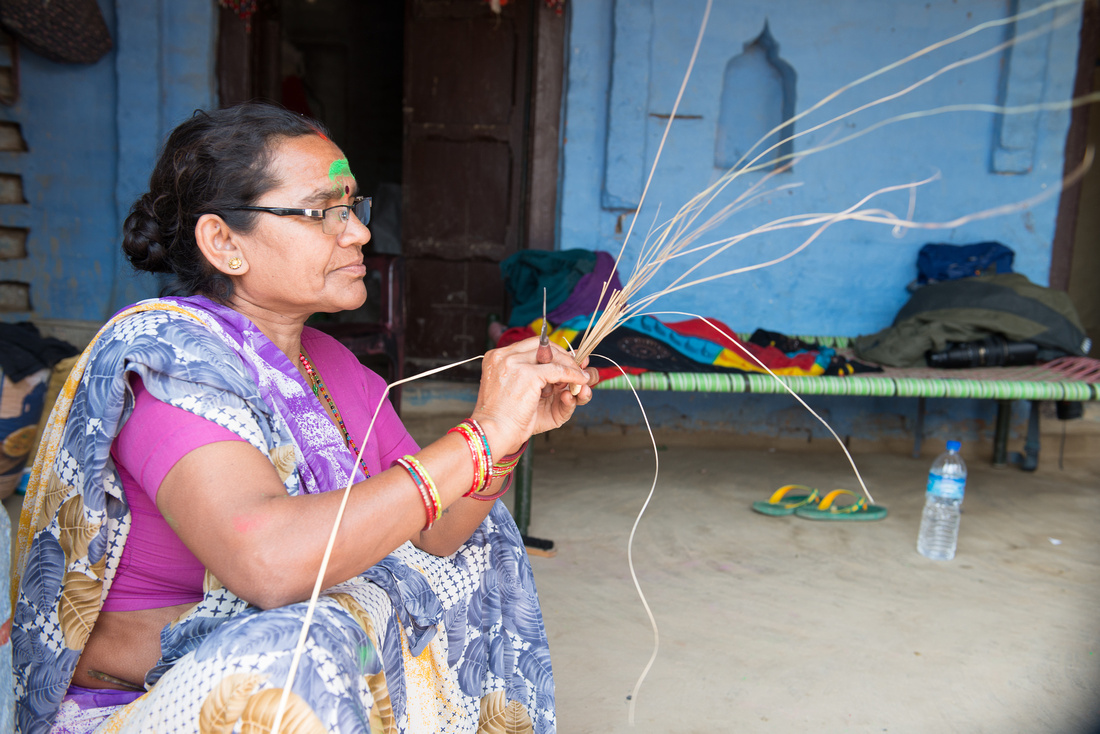 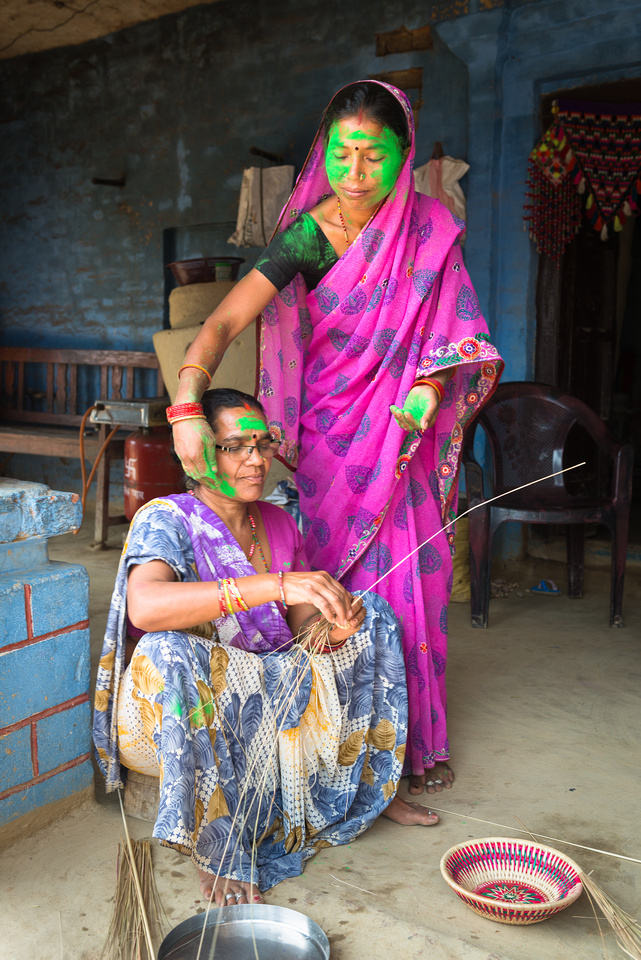 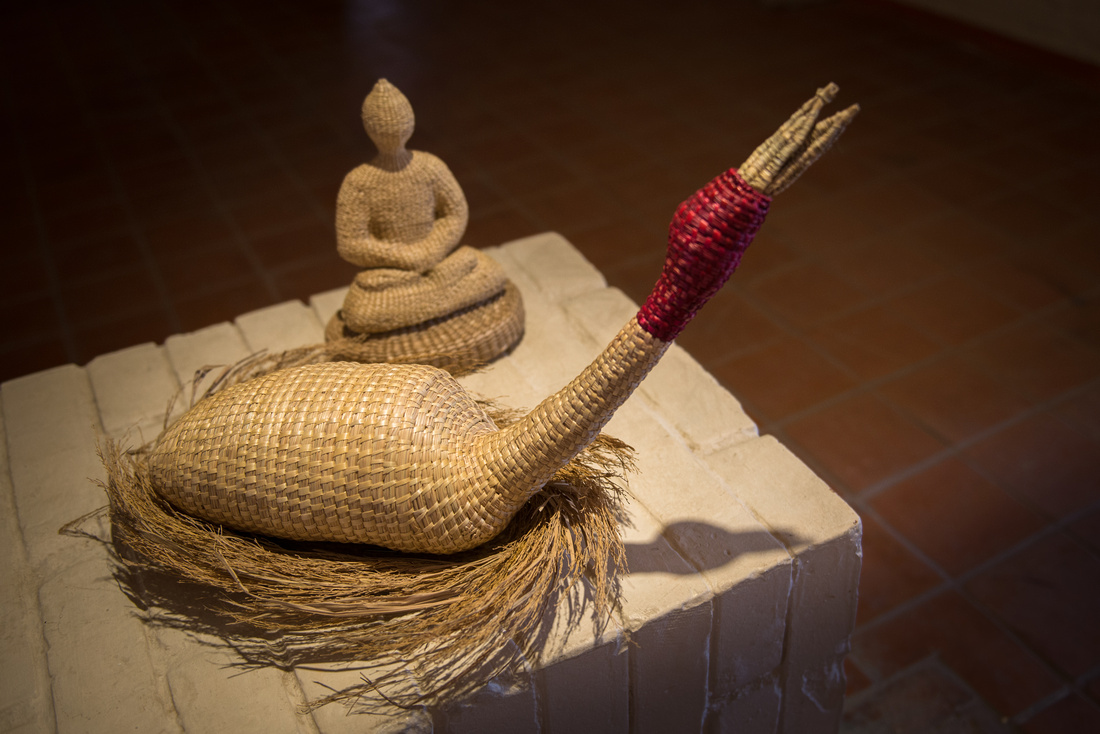 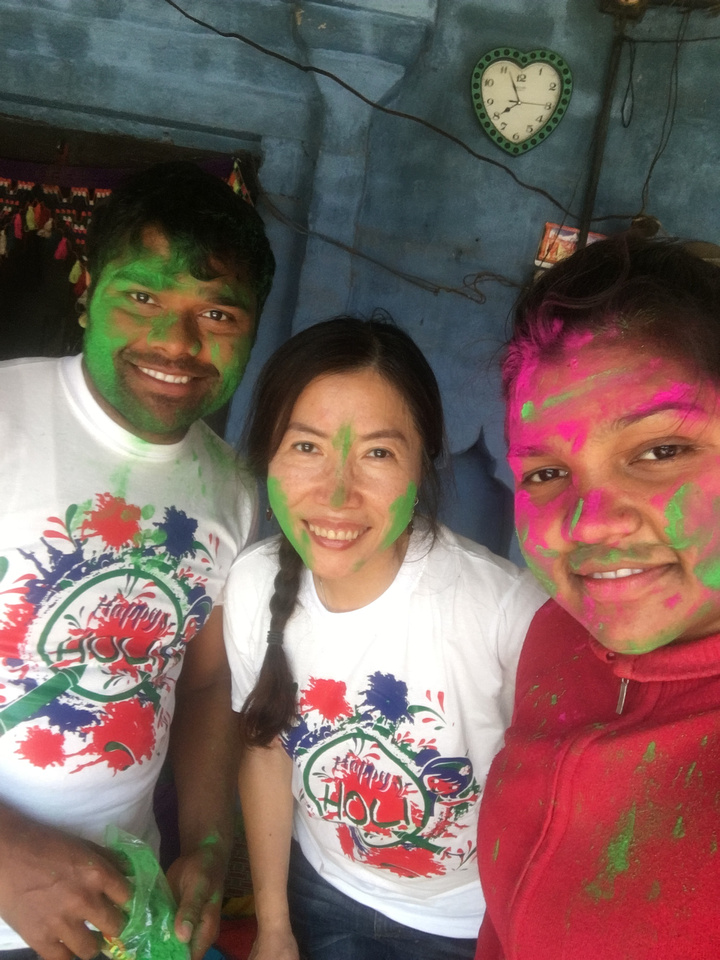